Nuclear & Coal Energy Are The Least Popular in U.S. 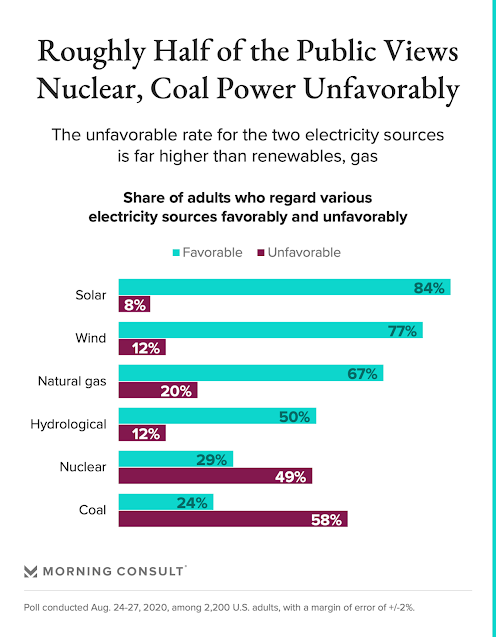 The U.S. should keep existing nuclear plants online but not build any new facilities, 1 in 3 adults thinks.

16% believe the U.S. should continue the operation of existing nuclear plants and construct new reactors.

29% view nuclear power favorably and 49% view it unfavorably, rendering it the most controversial source of electricity other than coal.

In general, this hierarchy of preferred power sources tracks the results of another survey, asking respondents which source they would select if they had control over where their utility provider had the power to operate their house or apartment. At 44%, solar was by far the most common, followed by natural gas (18%), wind (10%), nuclear (4%), hydrology (3%), and coal (1%). Nineteen percent said no preference was given to them.

But waste storage appears to be a sticking point, especially when close to home, for the 699 respondents who said they would support raising the number of nuclear facilities.  One notable energy source that was left off this survey is geothermal.

Asked if they will endorse the disposal of spent nuclear fuel in the vicinity of their own cities, 50 miles is the minimum distance that receives more endorse (47%) than opposition (43%), although the error margin for this community is 4 points. Sixty-three percent would favor the storage within 100 miles of the spent fuel, while 25 percent would feel the same about it being stored within 5 miles. 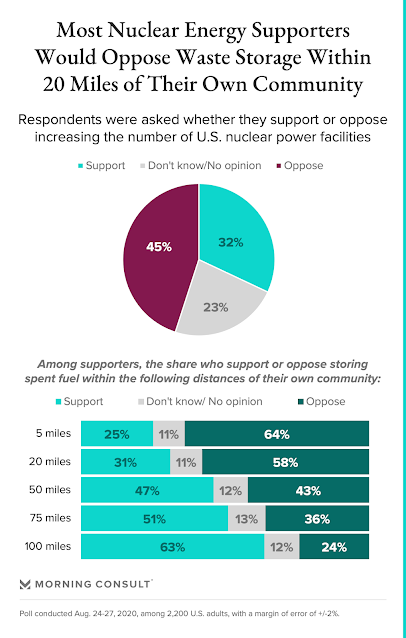