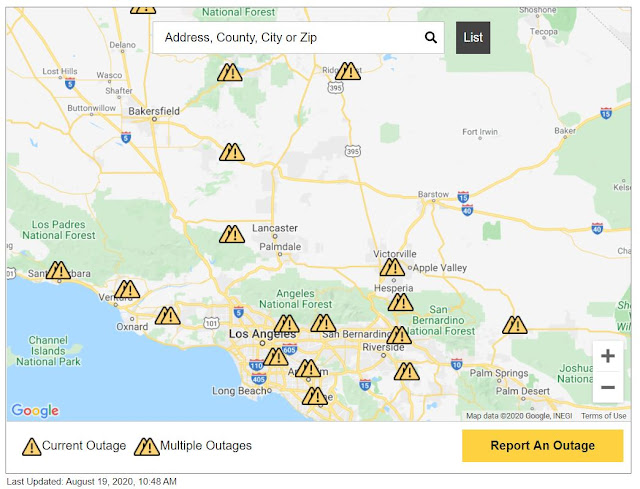 Why Are There So Many Outages Southern California Edison?

“The problem here is other grid operators are doing the right thing,” said Lynch. “The actual California government-controlled operators like LADWP or SMUD in Sacramento aren’t having blackouts because they know how to run their grid.”

California ISO needs to do its job. “In California, Democrats have intentionally implemented rolling blackouts — forcing Americans in the dark. Democrats are unable to keep up with energy demand...," Trump tweeted