Was Gross Mismanagement by PG&E the Cause of the Camp Fire? 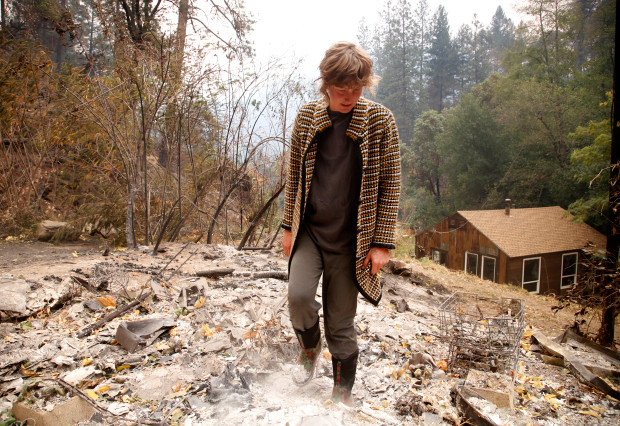 Victims of California’s most destructive wildfire have filed a lawsuit accusing Pacific Gas & Electric Co. of causing the massive blaze. The suit filed Tuesday in state court in California accuses the utility of failing to maintain its infrastructure and properly inspect and manage its power transmission lines.

The utility’s president said earlier the company doesn’t know what caused the fire, but is cooperating with the investigation by state agencies. An email to PG&E about the lawsuit was not immediately returned. PG&E told state regulators last week that it experienced a problem with a transmission line in the area of the fire just before the blaze erupted.

Asked if sparks from a transmission line ignited the fire, PG&E President Geisha Williams told the Chico Enterprise-Record on Tuesday that “it’s too soon to tell.” Williams says the outage was at 6:15 a.m. Thursday and later an aerial patrol spotted damage around the transmission lines. She says the company sent a report to state agencies. She says the sparks are one of several “options” investigators are reviewing.

That is the approximate location of Poe Dam where initial radio transmissions of the fire — which has killed at least 48 people and destroyed more than 7,000 structures — indicate that a damaged transmission line was found by firefighters who discovered the initial fire beneath the high-tension wires. About 48 hours before the fire started, the utility had been warning multiple counties, including Butte, that it would possibly shut down power Thursday morning due to dangerous fire weather conditions. But, in the end, PG&E kept the power on.

“I’ve continuously tried to get in touch with them but nobody is in charge and they suck at communication,” she said of PG&E workers who handle nearby transmission lines. The lines, she said, have been ignored for years, except for herds of goats on the slope chewing away vegetation under the lines.  Read more
By Syndicated Maps at 11/14/2018