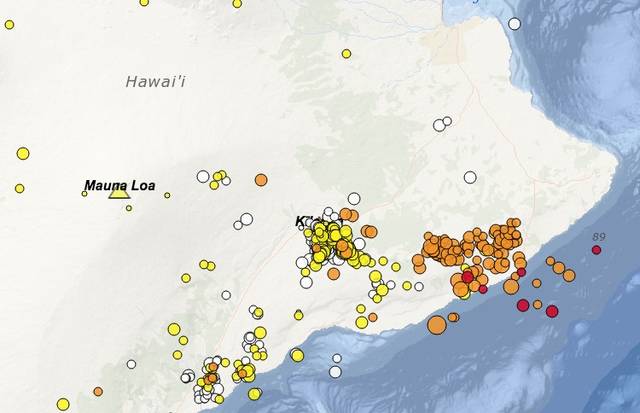 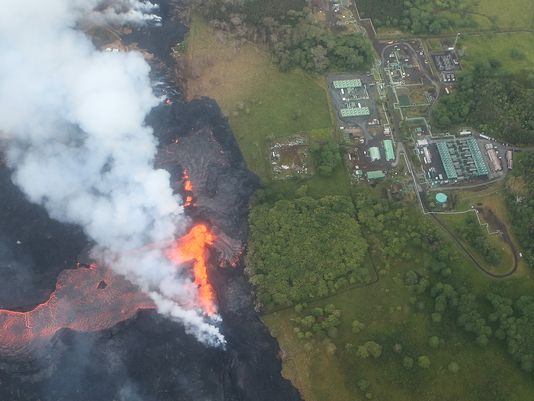 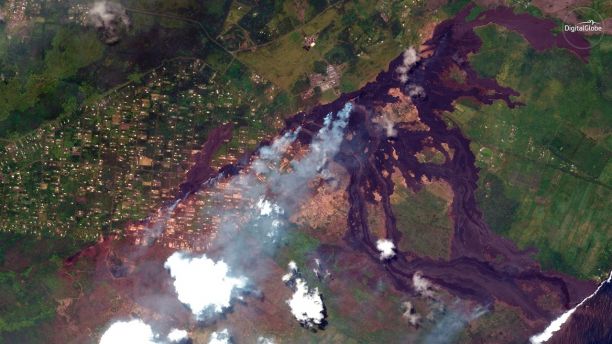 A river of molten lava from Hawaii's erupting Kilauea volcano could be on course to collide with a geothermal power plant, which provides about 25 percent of electricity on Hawaii’s Big Island. On Tuesday, officials said that efforts to plug the Puna Geothermal Venture's plant's 11 wells were successful, but that no test for what could occur if lava made contact with the wells.

"The well field at PGV is essentially safe," Hawaii Emergency Management Administrator Thomas Travis said during a press conference on Tuesday afternoon, local time, according to NBC affiliate KHNL. "The well field is as safe as we can get the well field. The probability of anything happening if lava enters the well field is very, very low. They should feel pretty comfortable that there should be no untoward events from Puna Geothermal, assuming the lava doesn't change its pattern or flow."

“Fissures near Puna Geothermal Venture are active and producing lava slowly flowing onto the property,” County of Hawaii Civil Defense said in a statement. “This activity has destroyed the former Hawaii Geothermal Project site,” it said, referring to the warehouse.  Read full story

Here is a map of the Big Island Lava Flow & VOG.

Update:   Are the Earthquakes in Ridgecrest, California also induced by geothermal injection well energy operations in the area.