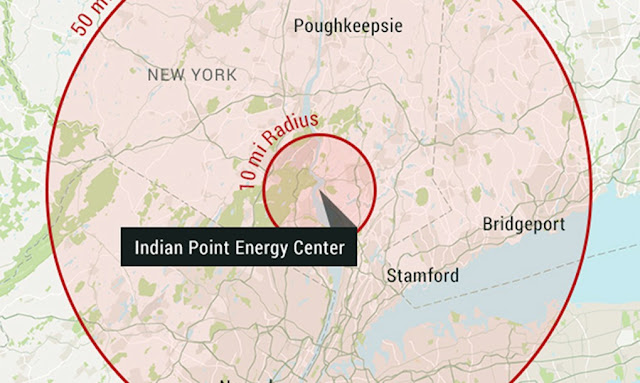 New York governor Andrew Cuomo recently called for an investigation after Indian Point, a nuclear power plant on the Hudson River, reported a leak of radioactive material flowing into the groundwater. Now, new samples taken from the local groundwater show that contamination levels are 80% higher than previous samples, prompting experts to claim this leak is spreading in “a disaster waiting to happen” and calling for the plant to be shut down completely. The Indian Point nuclear power plant is located just 25 miles north of New York City, and it’s a crucial source of of power for over 23 million people living in the greater NYC metropolitan region.  Read more
By Syndicated Maps at 2/29/2016